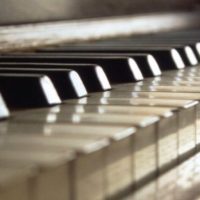 Corn was first introduced to European settlers cultures by several

Native American tribes, such as the Iroquois of New England and the Pawnees tribes of the Great Plains.

This corn which had been Native Americans had been cultivated in this continent as far back as 1000 BC.

One interesting fact that I learned while doing research for the following posts is that corn always has an even number of rows of kernels.

There are currently hundreds of different types of corn, including these

1.Dent Corn…this is a type of corn that has small indentation (or “dents”) at the crown of each kernel that is typically grown for grain and animal food.

Actually there are two types of dent corn…white and yellow.

Yellow dent corn is the most commonly grown corn in the United States today…and is the corn mostly used to make cornmeal flour, corn chips, tortillas, taco shells….and even plastics,

2.  Flint Corn…Flint corn is called flint corn because the corn is as hard as flint, since each kernel of corn has a hard outer layer that protects the soft inner part of the kernel…. kernels that do not have the same “dents” that dent corn does at the end of each kernel.

The kernels of flint corn can range all over the color spectrum…not only from various shades of white and yellow,

This is the corn that many of us refer to as Indian corn and use to decorate our homes during the fall and especially and Thanksgiving.

3. Popcorn.,,Everyone who has been to a movie…or breathes in America knows what popcorn is, but in the next post we’ll learn even more about one of our favorite snacks…