Now that our family is having to change our eating habits and stop cooking like the Southern Baptists from the deepest of the Deep South, all in the name of middle age and type 2 diabetes, are we to live the rest of our lives totally without the Trinity of Deep Southern Cooking—cream cheese, powdered sugar, and butter?!

Nothing makes my husband smile nearly as much as a Sour Cream Pound Cake fresh out of the oven.

But we have been trying to limit how many caloriess and how much added sugars and saturated fat we consume since becoming more health-conscientious.

Thankfully there are a few suggestions out there that will make your baking supposedly healthier, while keeping it delicious…techniques that will help cut heart-harming fats, refined sugars, and empty calories.

So just in time for the upcoming holiday season, and in time to start completing this year’s Christmas Notebook, here are some ideas…

But first, the recipe for Sout Cream Pound Cake, the one and only recipe that I have actually memorized after my thirty-plus years of having my own kitchen, not to mention my very own KitchenAid miser.

Three cups of sugar, six eggs, one cup of sour cream…perhaps a type 2 diabetic from the Deep South’s greatest temptation ever…

Preheat oven to 350 °F….Cream the butter and sugar together…Add sour cream…Sift the baking soda and flour together…Add to the creamed mixture alternating with eggs, beating in each egg 1 at a time…Add vanilla…Pour the mixture into a greased and floured loaf pan…Bake for 1 hour.

Now taking all of the ingredients in this cake, let’s see if and how we can hopefully make this cake a little less deadly, while keeping it delicious…

Time and time again, I have read to simply replace the white flour called for in a recipe with the same amount of whole wheat flour. While whole wheat flour is not as heavily refined and processed as regular white flour, I just don’t want to end up with a sour cream pound cake that tastes like rye bread.

Honestly, I don’t even know that I could replace up to half, or even a spoonful of the all-purpose flour in this recipe with whole-grain flour, That almost sounds like the ultimate kitchen sin.

If you are willing to start using whole grain flours instead of white flour, try first substituting whole gtrain flour for only half of the flour originally called for in the recipe.

Another option is to try  experimenting with flours that are a little more our of the ordinary—such as chickpea or almond flour.

But perhaps the best way to reduce the amount of fat in baking recipes is to use high-quality, low-gluten flour—whole wheat, oat, brown rice––such as King Arthur Brand.

Sugar…So many baked goods contain completely and entirely way too much sugar in the first place. So as a general rule, you can typically go ahead and reduce the amount of sugar called for in a given recipe by about 25% right out of the bat.

Increasing the amount of other spices—such as ginger, cinnamon and nutmeg—to make up for any sugar that you may be taking out of the recipe will often allow the finished product to still taste good. 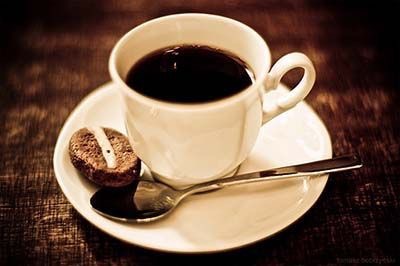 Butter…A few substitutes for the “bad fats” often called for in recipes—such as butter, stick margarine, and shortening—would include

Eggs…As far as eggs go, try one of the following ideas…